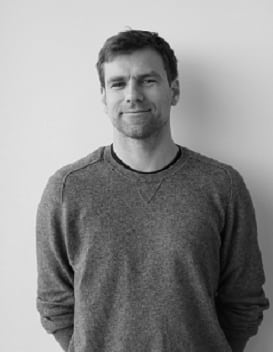 Aldert has joined MaREI after working at sea for 15 years and finishing his MEngSc in UCC in 2016. After working in MaREI as a research support officer for two years, he started a PhD in December 2018.

Offshore Renewable Energy (offshore wind, wave and tidal energy) is an area of strategic importance and seen as a critical contributor for clean energy production and meeting carbon emission targets. This sector requires the development of floating platforms and devices that must operate and survive in extreme environments and thus require physical model testing as part of their development.  Wave basins and flumes can replicate offshore wave conditions accurately but there is a high level of uncertainty associated with methods of combining wave, wind and current loadings on a floating device in a laboratory setting. This project will study combined wave/wind/current testing methods in wave basins and develop a software in the loop methodology where the wind and current loadings can be applied dynamically through real time interaction with a software tool. The aim is to develop better testing methods that reduce uncertainty and ultimately accelerate technologies to commercialization. The PhD project will require numerical development of the software in the loop system as well as tank testing in the Lir Deep Ocean Basin and the Coast Laboratory (Plymouth) Ocean Wave Basin. The research is funded by Science Foundation Ireland through the Centre for Marine and Renewable Energy and is a collaborative project between the ORE group in UCC MaREI led by Dr. Jimmy Murphy and the COAST Laboratory of the University of Plymouth led by Prof. Deborah Greaves

In 2000, Aldert graduated from the Maritime College in Rotterdam in his native country The Netherlands, which earned him a BEngSc. After graduation, he worked on several types of ships for 15 years, first in the capacity of deck officer and later as captain.

In 2015, he decided to give up the seafaring life and applied for the MEngSc Marine Renewable Energy in UCC, which he successfully finished in September 2016. Aldert joined MaREI in October 2016 and worked as a test engineer in the Lir National Ocean Test Facility.
In December 2018, Aldert started the pursuit of his PhD, based in the Beaufort Building