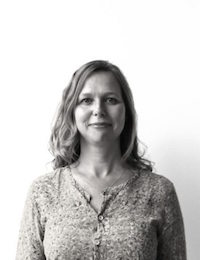 Hester works in a communication & dissemination capacity for the SDG4IIII project and Climate Ireland based at MaREI. She is also involved in MaREI’s Communication and Dissemination team and on a variety of projects as part of the Governance Group.

Hester is currently working on:

SDGs4IIII –An EPA funded project on Identifying Interactions for SDG (Sustainable Development Goals) Implementation for Ireland and working on improving awareness of the impacts posed by the relationship and interactions between SDG goals and targets with national policy priorities.

Hester originally comes from the Netherlands where she studied educational media as part of a Cultural & Societal based degree. She has since been working in various Coastal and Marine institutes and consultancy companies in the Netherland and the United Kingdom mainly with a focus on Integrated Coastal Zone Management and Climate Change Adaptation.  She has extensive experience in working on EU and International funded projects as a science communicator.

Since joining UCC in 2015 she has been working on the MARIBE – Marine Investment for the Blue Economy project looking at Multi-use of space and multi-use platforms which has since been completed. She then worked mainly on the Future Earth Coasts Project as well as coordinating the communication & dissemination activities of Climate Ireland. Since January 2019 she started working as a research assistant on the SDGs4IIII project. She is also involved with the governance group and other general communication and dissemination activities for the MaREI centre.