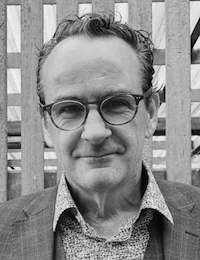 Jerry D Murphy is the Director of MaREI, the Science Foundation Ireland Centre for Energy, Climate and Marine. MaREI has c. 200 researchers, 50 industry partners and has accumulated research funding of €60M since inception in 2013. In 2017 Prof Murphy was awarded the Chair in Civil Engineering, only the 12th person to hold this post in 170 years. Professor Murphy represents Ireland at the International Energy Agency (IEA) Bioenergy since 2007. He was elected by his international peers to lead the Biogas Task from 2016 till 2018 and for a second term from 2019 to 2021. In this role, he authored/edited 11 IEA Bioenergy reports, 14 case stories and chaired 6 International Symposia.

Professor Murphy’s expertise in gaseous and algal biofuels is world leading.  He has published c. 144 peer review journal papers in high-impact journals. His h-Index (49) places him amongst the highest cited academics worldwide in the fields of biogas and anaerobic digestion. He is also ranked amongst the most cited researchers worldwide in Civil Engineering.  He has a strong history of working with industry; his work has led to (and provided evidence for) Gas Network Ireland’s target of 20% green-gas in the gas grid by 2030. He initiated UCC’s collaboration with Zhejiang University (ranked in the top three Universities in China). Professor Murphy was awarded the Engineers Ireland Excellence Award (2015) for best paper/presentation, The Marine Industry Award for Excellence in Marine Research (2017), an adjunct professorship in University of Southern Queensland (2018) and a fellowship of the Irish Academy of Engineers in 2019.