It’s the first severe weather alert of the autumn but it won’t be the last time the question is asked before the season ends – whether it’s just perception or if the weather really is getting worse?

And if it’s the latter, how much of the blame can climate change carry?

Perception does play a part – before Hurricane Charley in 1986, we weren’t given to giving storms human characteristics but now we’re on first-name terms with every blow-in.

Katia, Darwin, Eva, Ophelia, Emma, Ali and Bronagh, to name a few, have all stopped by in the last few years and their exotic cousin, Lorenzo, may be about to drop in too.

But is it their naming that makes them memorable or that they visited us at all?

In the last few years, Twitter and Facebook have hosted eruptions of outrage over pictures of feckless parents allowing children to walk promenades while mini- tsunamis crash to shore, and thrill-seeking watersports enthusiasts being forcibly rescued while trying to enjoy once-in-a-lifetime waves.

But is it really their apparent imminent peril or simply proliferation of social media that makes their situation appear so alarming? 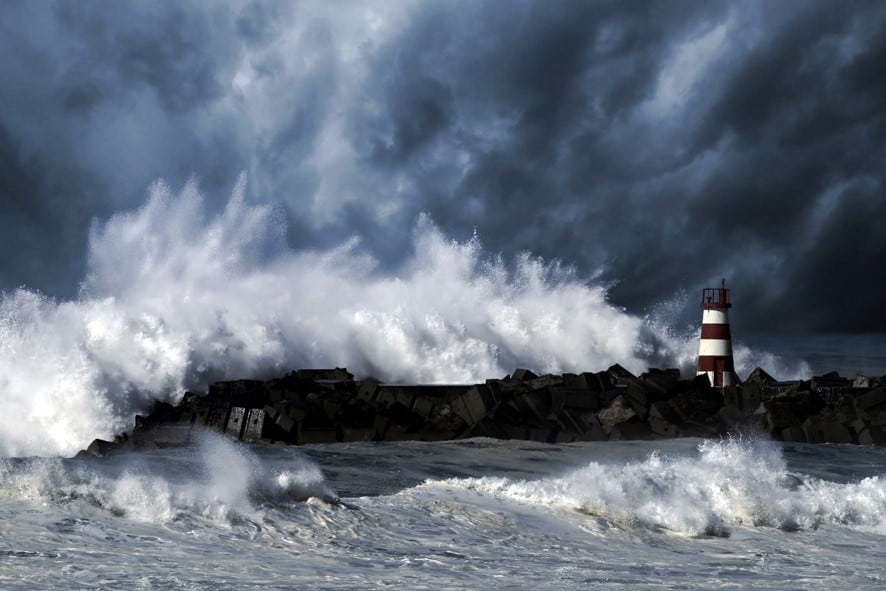 But is it possible we just didn’t have such elaborate back garden paraphernalia in the past and built public facilities in a less slapdash fashion?

In other words, have we always weathered such storms but we didn’t notice, were more stoic or had less to lose?

Every county in the country is in the process of publishing a climate adaptation plan.

They are all drawn from a common template that explains the reason for their necessity and provides some fascinating weather history.

In Dublin, between Charley in 1986 and Bronagh in September 2018, there were 17 other “major climatic events” that caused various degrees of mayhem – freakishly heavy rainfall, unprecedented heat, the highest tide ever recorded, the strongest gust ever measured, the worst cold ever experienced, the most extensive flooding ever endured, the longest drought in memory.

The Cork plan records 22 such incidents that caused serious problems in the county over the same period, while in Galway there were 25.

She also made the record books by being the first of her kind to come from the south.

Only two months later Storm Dylan followed, bringing gusts of 120kmh and whipping up already high seas to cause substantial coastal flooding along the west and north west coasts.

Hurricane Lorenzo, if he hits Ireland, could bring all of the above. According to Met Éireann, he is “the eastern-most and northern-most category 5 hurricane ever recorded in Atlantic Ocean”.

He is expected to lose strength and be reclassified as an “extra-tropical” storm when he reaches a latitude of 49 degrees North, which would be about 1,000km off the southwest of Ireland.

By comparison, Met Éireann said Storm Ophelia in October 2017 retained its hurricane status until it was within 500km of Ireland.

So on the latest evaluation, bearing in mind assessments can change, he’s not as fierce as Ophelia but still formidable.

And while he might swing away from Ireland, he could just charge straight through.

Even if he doesn’t, it’s only early October, the very beginning of the dark months, and the experience of recent years suggests it’s highly likely another of his kin will come knocking before the brighter mornings return.

“Dr Barry O’Dwyer of University College Cork is principal researcher on the ClimateIreland.ie project, an information platform for local authorities and the public.”

He stressed he’s not a weather forecaster but said that the incidents of extreme weather in recent years have lived up to the warnings of climate forecasters.

“It is difficult to attribute individual events, as they happen, to climate change but the projections all indicate that we are expecting to see more extreme weather events of higher intensity and that does seem to be played out in recent times,” he said. “Ireland’s climate has changed.

“We’ve seen increased temperatures here that are directly comparable to what we’ve seen on a global basis.

“We’re seeing changes in patterns of precipitation, we’re seeing sea levels rise. And if we start to think about these extreme storms in that context then we’re really vulnerable.”