Emissions will continue to rise unless immediate steps are taken

MaREI researcher Dr Hannah Daly at ERI, University College Cork has become a regular writer for a column called “In a time of climate crisis” for the Irish Times. In this week’s column, she writes Ireland needs bold action now to keep first carbon budget within reach.

The window to deliver the first carbon budget is closing rapidly. One-third of the five-year budget period has passed, but greenhouse gas emissions are still rising in some sectors, and are plateauing in others. It is still possible to stay within this legally-binding budget, which sets a quota on greenhouse gas emissions between 2021 and 2025, but it will only be achieved with bold and immediate action delivering strong, sustained and unprecedented emissions cuts.

But instead, emissions rose by 5 percent last year, and there are indications they could rise again in 2022. As a result, far greater annual reductions will be necessary in future years to stay under budget, potentially up to 14 percent in 2023, 2024 and 2025. This is the nature of climate policy based on emissions budgets rather than targets: delayed early action necessitates steeper cuts later. 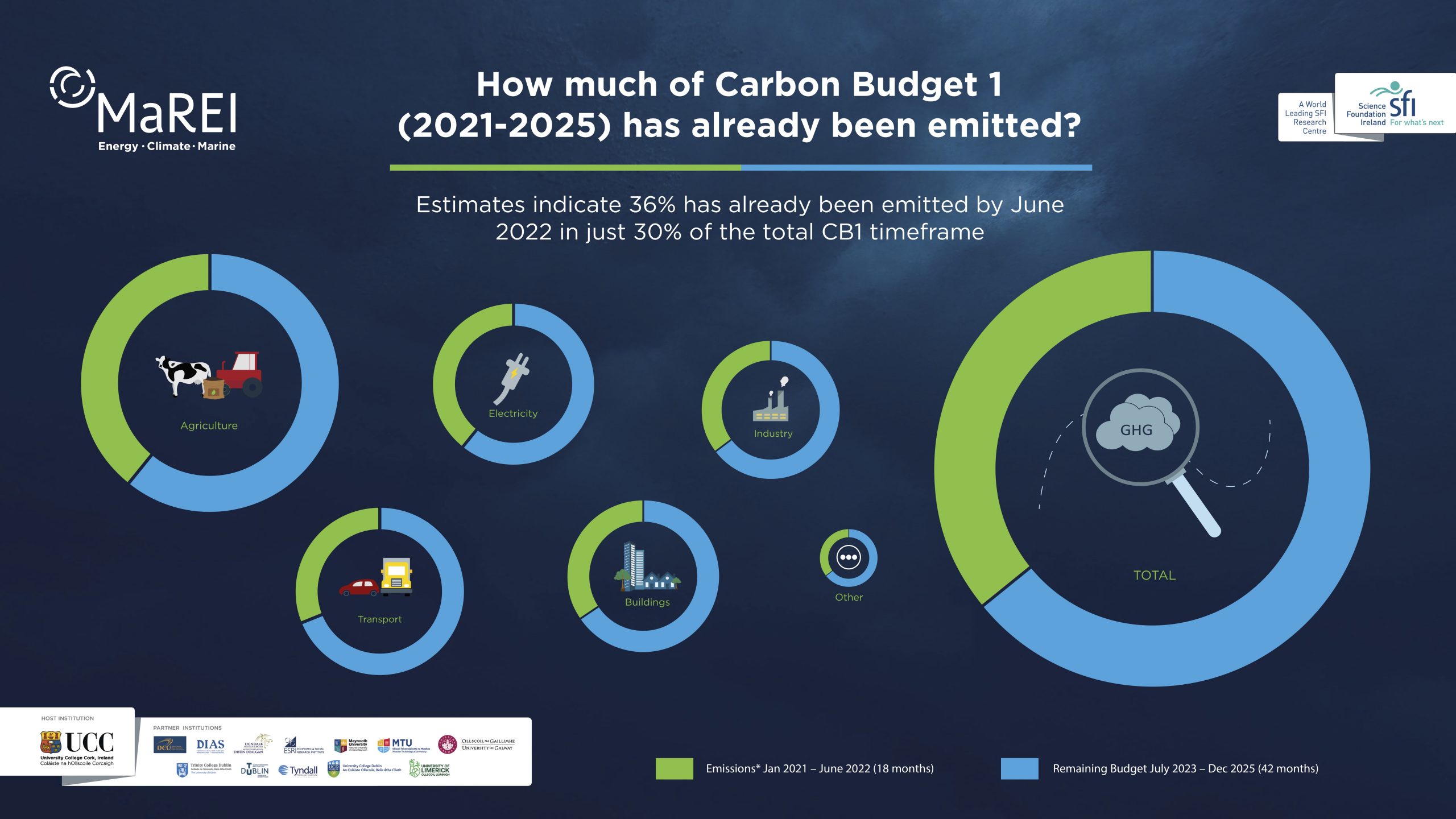 While the agriculture sector drove emissions growth in 2021, the transport sector is likely to be the culprit this year as normality resumes following COVID-19. Travel was still supressed in the first half of 2021, and even though traffic levels are not yet back to pre-COVID levels this year, petrol and diesel sales have rebounded strongly, growing by 13 percent so far in 2022.

Had transport emissions plateaued this year, then a constant trajectory would have been sufficient for transport to stay within its own sectoral carbon budget. If emissions rise by 13 percent this year, then annual cuts of 10 percent for the next three years will be necessary, rising to 20 percent if emissions simply stabilise next year rather than fall. For context, the largest annual fall in transport emissions in the past three decades was 16 percent, which took place in 2020 as the country was under severe travel restrictions, and no other year delivered more than 10 percent savings.

Cars are not being electrified quickly enough for electric vehicles to deliver significant emissions savings during this carbon budget. New cars buyers are put off by poor public charging infrastructure, and do not tend to factor in the large lifetime savings in running costs electric vehicles bring. 87 percent of new cars sold so far this year run on oil, which will be a significant source of emissions well into the 2030s, and the market share of fuel-hungry SUVs continues to grow, now standing at around 60 percent.

A shift away from cars is also necessary to decarbonise transport (and to improve quality of life), but mode switching to cycling, walking and public transport is too slow, as delays and underspend impede the rollout of critical infrastructure.

The situation for the power sector is perhaps even more stark. It faces the largest emissions cut this decade – 75 percent by 2030, but emissions rose by 18 percent in 2021 as coal use and demand from data centres grew, and statistics suggest that emissions will rise again this year. If so, emissions must fall by 20 percent annually for the next three years to keep the power sector under-budget.

The outlook for emissions cuts in the agriculture sector is also not promising. Savings from lower fertiliser use will at least partially be offset by growing methane emissions: cattle numbers are up by over 37,000 in the year to June, mainly from continued dairy expansion. If emissions stabilise this year, the sector must cut emissions by 7 percent annually for the next three years to stay within its sectoral budget, a rate that was not achieved in any single year of the past three decades.

The Government is now preparing the next Climate Action Plan, which will detail the policies and measures needed to meet these emissions cuts. It is clear from the discouraging outlook for emissions in 2022 that climate action policymaking must shift focus from end-of-decade target-setting to implementing concrete measures that translate into immediate reductions in fossil fuel use and emissions from agriculture and land use.

This process will be hampered by a lack of clarity for sectors on their longer-term emissions trajectory. A large share of “unallocated savings” in the second carbon budget period, from 2026 to 2030, remains unassigned, a politically fraught issue given the lobbying weight of the livestock sector. Moreover, the Government has not yet published its long-term strategy to achieve net-zero emissions.

The State has demonstrated a strong commitment to target-setting in line with our obligation to the global climate effort. But it still has not demonstrated the capacity or appetite to implement brave, transformative changes necessary to deliver these unprecedented emissions cuts, such as shifting land use away from livestock, restricting cars in cities and towns, constraining data centres, and quickly rolling out new electricity infrastructure and renewable energy.

The coming Climate Action Plan will need to detail measures to achieve immediate and rapid decarbonisation across all sectors. At this time of climate crisis, every delay in cutting emissions further undermines our sustainability credentials. 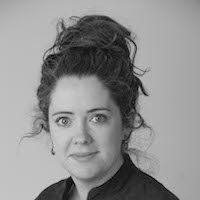 In a Time of Climate Crisis – If climate neutrality is a journey, what is our map?