Frederic Dias with Hans Petter Graver, President of The Norwegian Academy of Science and Letters 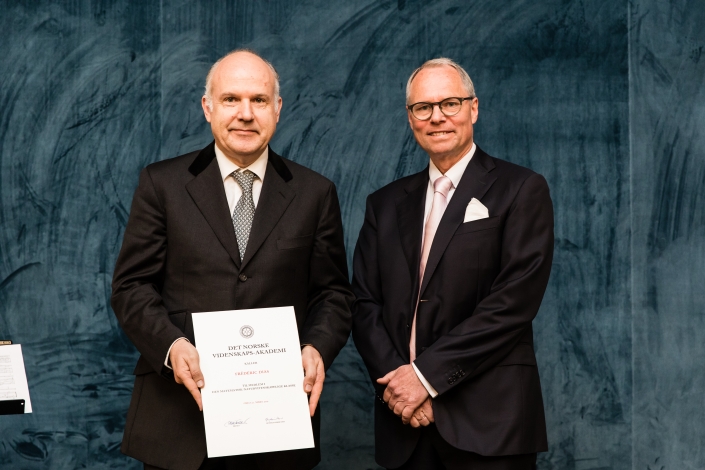 Professor Frederic Dias, an applied mathematician at University College Dublin (UCD) and a global leader in fluid dynamics research, has been elected a foreign member of the prestigious Norwegian Academy of Science and Letters. 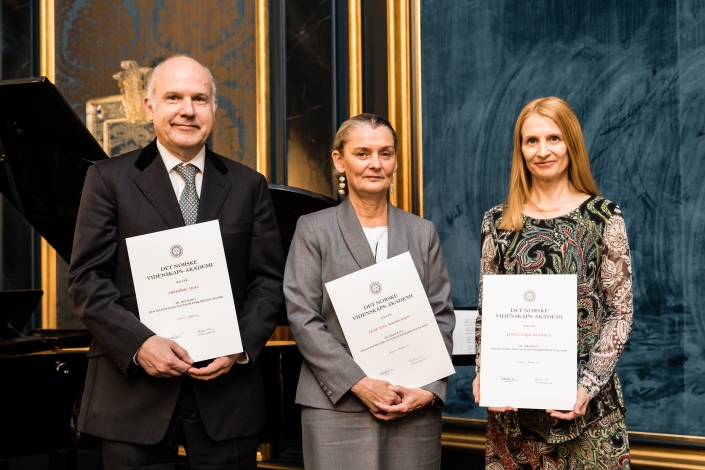 Professor Dias, a MaREI researcher in the UCD School of Mathematics and Statistics and in the UCD Earth Institute, formally joined the 162-year-old academy during a ceremony held in Oslo.

The academy is the most well-known academic society in Norway and serves to support the advancement of science and scholarship both nationally and internationally.

Founded in 1857, the assembly is responsible for awarding the Abel Prize in Mathematics, widely regarded as the most prestigious award in its field. Through the Abel Prize and the Kavli Prize (in astrophysics, nanoscience and neuroscience), the academy has gained significant international attention.

Seats for new members only becomes vacant when current members pass away or turn 70 years of age. Members over 70 keep all their rights and are still considered full members. Only members of the society are entitled to propose candidates for membership, which is based solely on the candidates’ scientific achievements.

Prof Dias said: “It is a great honour to be inducted into the Norwegian Academy of Science and Letters. It is a recognition of the significant work done within my research group over many years. I now look forward to sharing my vision for science with highly regarded scientists from this prestigious academy, both in mathematics and in fluid mechanics.

“In a constantly evolving world to be able to work collaboratively with other academies to shape policies for the benefit of society is a tremendous privilege and will give me great satisfaction.”

This study is focused on improving our understanding of the physics and dynamics of breaking ocean waves in order to develop more accurate operational wave models.

He is one of only three researchers in Ireland ever to be awarded a second European Research Council Advanced Grant.

Prof Dias is also a principal investigator with MaREI, the SFI Research Centre for Marine and Renewable Energy, a member of the Royal Irish Academy, and holds a position at Ecole Normale Supérieure Paris-Saclay, France.