The Marine Institute has announced funding of €0.24 million for the first two Eoin Sweeney PhD Scholarships to run over the next four years. This Scholarship Programme has been established by the Marine Institute and Plataforma Oceánica de Canarias (PLOCAN) in memory of Eoin Sweeney (1947-2017), who made a significant contribution to developing Irish marine industry, particularly the ocean energy sector, including the establishment of test-bed sites off the west coast of Ireland that provide sea-state testing opportunities for researchers and technology developers.

One of the projects funded under this PhD Scholarship is the ‘Wave-powered data buoy’ project in MaREI at MU.

"This is an exciting project concerning a niche application of wave power, intrinsically suited to the application area. We are delighted to have so many diverse and expert partners on board, including the Irish Marine Institute, PLOCAN (Oceanic Platform of the Canary Islands), Techworks Marine (Ireland), Monterey Bay Aquarium Research Institute (USA), ), Dundalk Institute of Technology, and Resolute Marine (USA), who will be lending expertise and infrastructure to bring the project to a successful reality. I’m particularly delighted to be associated with the Eoin Sweeney Scholarships, awarded by the Marine Institute. Eoin was a fantastic champion for wave energy in Ireland and I hope we can do the award justice, in his honour."
John Ringwood
MaREI PI and Director of the Centre for Ocean Energy Research
Maynooth University

The ‘Wave-powered data buoy’ project is a 4-year project funded by the Irish Marine Institute as part of the Eoin Sweeney PhD Scholarship Programme. The project intends to design and test a data buoy, exclusively powered by waves, to measure environmental variables associated with the marine environment, include the sea state itself and various properties of the surrounding sea water. It will be wirelessly connected to a shore base and potentially act as a node in an array of such sensors. Innovative aspects of the buoy design will include an energy maximizing control system, and intelligent on-board energy storage, to ensure that adequate power for on-board sensors, and data transmission, is available at all times. The project has a wide range of industrial and academic partners, including the Marine Institute, PLOCAN (Oceanic Platform of the Canary Islands), Techworks Marine (Ireland), Monterey Bay Aquarium Research. Institute (USA), Dundalk Institute of Technology, and Resolute Marine (USA). 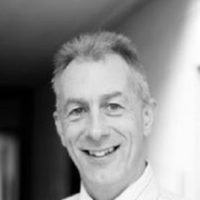