Some of leading energy companies are coming together to support the development of green hydrogen from offshore wind. The new H-Wind project is being led by UCC MaREI Research Centre and is being co-funded by Science Foundation Ireland and four industry partners: Gas Networks Ireland, DP Energy, ESB, and Equinor ASA. The project will build on the success of the EirWind project.

The industry-academia collaborative project was launched on Wednesday 9th June to an invited audience of industry and policy leaders. The project proposal has been developed by Dr Nguyen Dinh and Dr Paul Leahy of the UCC MaREI Centre, who are the principal investigators of the project.

Hydrogen is a carbon free energy carrier that can be produced from renewable electricity generated by offshore wind for example, and water, well suited for storage, making it an attractive option to decarbonise energy systems and drive a cleaner energy future for Ireland.

The H-Wind project will look to position green hydrogen as the means of more efficiently providing energy by bringing the electricity network and gas network together to make optimal use of Ireland’s offshore wind resources. The project will seek to identify new markets for green hydrogen and ensure that Ireland delivers on EU strategy in energy system integration.

Ireland’s gas network is one of the safest and most modern in the world and the national network operator, Gas Networks Ireland, is committed to delivering a net-zero gas network by 2050 by gradually replacing natural gas with renewable gases such as hydrogen. Energy Policy Manager, Paul Ahern, said blends of up to 20% hydrogen with natural gas and biomethane, and subsequently up to 100% are being tested at the organization’s new Hydrogen Innovation Centre in Dublin.

The importance of large-scale green hydrogen production in helping Ireland become a carbon net-zero economy was highlighted by Aodhan McAleer, Hydrogen Manager at ESB. Referencing ESB’s recent hydrogen investment announcements at Moneypoint and partnership with dCarbonX, he outlined the need for policy and support to incubate the industry, similar to the mechanisms which are enabling deployment of renewables worldwide.

Equinor’s leading position as a floating offshore wind developer and the high potential for Ireland to contribute to hydrogen production were outlined by Anita Holgersen, Business Development Director. Ms. Holgersen focused on the full hydrogen value chain and the need to create demand, and overviewed Equinor’s other hydrogen projects including the North H2 and liquid hydrogen production for maritime applications in Norway. Moneypoint hub in collaboration with ESB can become a value creation option for Ireland, 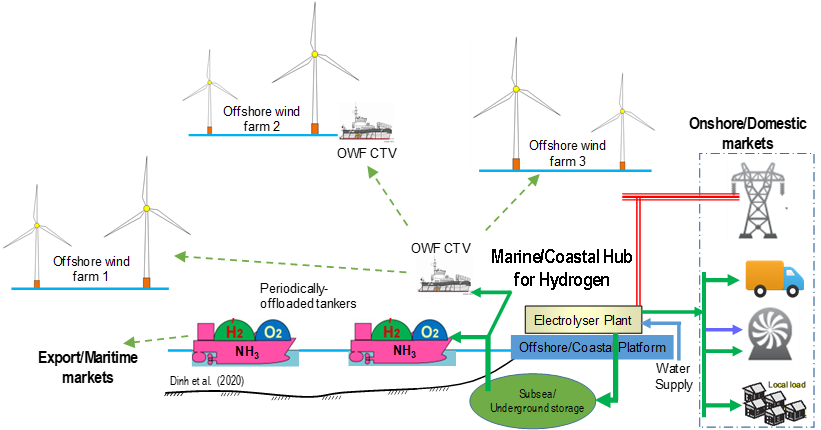 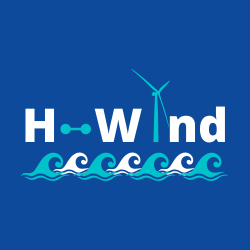 H- Wind is a MaREI Centre industry-led collaborative research project on the production of green hydrogen from offshore wind farms. 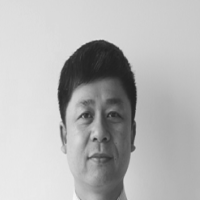 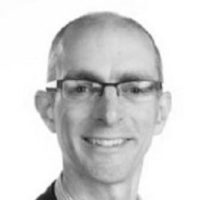