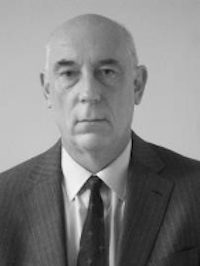 Alistair Borthwick has more than 40 years’ experience in engineering science. He is a Professorial Fellow at The University of Edinburgh, an Emeritus Fellow of St Edmund Hall, Oxford, and Visiting Distinguished Professor at Shanghai Jiao Tong University. He is an adjunct professor at UCC. Alistair was previously a Professor of Engineering Science at the University of Oxford, where he worked for 21 years from 1990-2011. He was Head of Civil & Environmental Engineering at University College Cork from 2011-13, where he was the Founding Director of the SFI Centre for Marine and Renewable Energy Ireland. Alistair’s research interests include environmental fluid mechanics, coastal and ocean engineering, and marine renewable energy. In 2016, Alistair was awarded the Dr honoris causa by Budapest University of Technology and Economics. In 2019, he was awarded the Gold Medal of the Institution of Civil Engineers for his lifetime contributions to Civil Engineering. He is a Fellow of the Royal Academy of Engineering, and a Fellow of the Royal Society of Edinburgh.