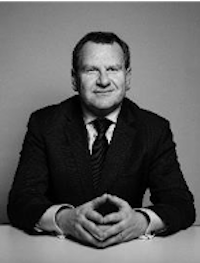 Danny McCoy is CEO at Ibec, the group that represents Irish business domestically and internationally. Since becoming CEO in 2009, he has led a substantial transformation of Ibec increasing turnover to €31 million, leading a professional services staff of 240 in 7 locations and 38 sub-brands. Prior to joining Ibec, he served as a senior economist at both the Economic and Social Research Institute (ESRI) and the Central Bank of Ireland. He has held lecturing posts at Dublin City University, University College London, University of Oxford and Trinity College Dublin and has been visiting lecturer at the IMD Business School in Switzerland and Harvard University in the US. He has been a consultant for the European Commission and the OECD. He currently serves as President of the Statistical & Social Inquiry Society of Ireland and Honorary Fellow of the Academy of Engineers. He is a member of the Export Trade Council, the BusinessEurope Executive Committee, and the OECD-BIAC working group on Corporate Taxation. Danny correctly identified the turnaround in the Irish economy prior to the EU Troika programme and initiated significant media campaigns around the driving the recovery domestically and internationally. Over recent years, he has made significant speeches to the United Nations ILO plenary in Geneva; to the European Business Summit in Brussels; spoken at conferences in the New York and London Stock Exchanges, at the IMF in Washington DC, the World Trade Organisation in Geneva; Hong Kong Chamber of Commerce; and the OECD Economic Forum in Paris. He regularly presents to the Global Boards of international multinational organisation. He is a regular contributor in the print and broadcast media and has written columns for the Wall Street Journal, the Financial Times and the Irish Times among other international newspapers. The Irish Times recently described Danny as one of the ‘50 people who runs Ireland’. Ibec represents Irish business; home grown, multinational, big and small, spanning every sector of the economy. The organisation and its sector associations, work with government and policy makers nationally and internationally, to shape business conditions and drive economic growth. It also provides a wide range of professional services direct to members.