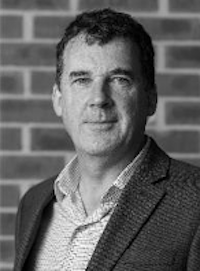 Niall studied astrophysics at UCD, and became CIT’s first Head of Research in 2005, now providing strategic oversight of a budget of €14m per annum across disciplines from science and engineering to arts and music. He led the establishment of a Researcher Career Framework for CIT researchers, which was central to the Institute being awarded the EU Commission HR Excellence in Research badge. He is the Founder-Director of the award-winning Blackrock Castle Observatory (BCO), which celebrated its 12th anniversary with over 1.2 million visitors. BCO staff have trained over 800 teachers to use space in the classroom, have engaged with over 35,000 primary and post-primary students in formal science workshops and an additional 40,000 in informal workshops, with over 120,000 members of the public attending events at BCO. In 2017, Niall was the host site lead for the International Space University Space Studies Programme, which is the largest conference programme ever to come to Cork, lasting 9 weeks and involving over 320 global space experts. The conference published a document entitled ‘A Roadmap for Emerging Space States’, which helped to catalyse the development of a National Space Strategy for Enterprise. Niall was the HEI  representative on the National Steering Group for the space strategy. He focuses on space topics including ultra-high precision photometry and the use of small satellites in low earth orbit for a range of functions from high resolution imaging to space cybersecurity to rural broadband. He has secured over €1m as PI on competitive grants, €400k as co-I, and through BCO approximately €2m for outreach. Niall writes a monthly column in the Irish Examiner called ‘Skymatters’, and is a Board Member of the National Sculpture Factory and a member of several national committees.