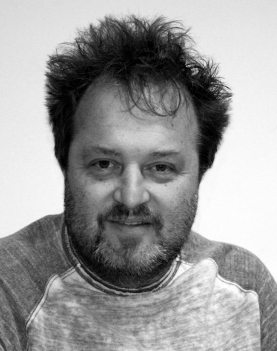 Edin is currently employed by the University of Limerick as a Senior Research Fellow at the Department of Electronic and Computer Engineering. He is engaged in numerous research projects funded by the Higher Education Authority and the Marine Institute in the area of submersible robotics. He is also the main developer & designer of OceanRINGS concept & software suite, including design of state-of-the-art control architecture for ROV LATIS.

Edin received the Dipl. Eng. and M.S. degree in Electrical Engineering from the University of Zagreb, Croatia, in 1997 and 2001, respectively. In 2001 he joined the Mechatronics Research Centre, University of Wales, Newport, UK and took part in the EPSRC funded IMPROVES project. He received his PhD in Electrical Engineering from the University of Wales in 2004, with the thesis titled “Thruster Fault diagnosis and Accommodation for Over-actuated Open-frame Underwater Vehicles”.

Further information can be found on Edin’s UL Research Profile.