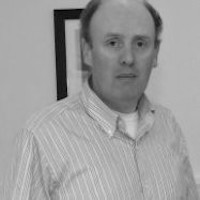 Dr. Martin Galvin currently works as a researcher with UCC with an interest in higher education reform and universities social engagement, particularly in advancing community-engaged research and scholarship. He supports the development and implementation of the UCC Civic and Community Engagement Plan. He is a member of the national Campus Engage Initiative of the Irish Universities Association (IUA). He also works closely with Civil Society organisations, supporting the development of participatory research partnerships with UCC’s CARL programme. Previously at the University of Limerick he managed a large multi-year investment in the development interagency working and new social services for children and older people in Limerick City that was funded by the Atlantic Philanthropies and the Irish Government. Here he had a specific research interest in citizen participation in urban planning, particularly as concerns urban regeneration schemes. He also worked for ten years in the US as an inner-city teacher and adult educator.