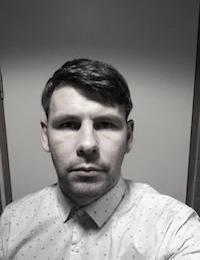 Michael O’Shea is a lecturer in Structural Engineering at University College Cork and a Researcher at the Science Foundation Ireland MaREI Centre. He has published over 15 articles in international peer-reviewed journals and was recently awarded the EU Atlantic Strategy Award for his research on Offshore Renewable Energy.

A graduate of UCC’s Civil and Environmental Engineering degree (2005), he has over 15 years’ experience in coastal, civil and offshore engineering. During his career, Michael has led a range of projects including wave, tidal and floating wind energy device testing, coastal sediment transport assessments and hydraulic modelling. He has published peer reviewed research on wave modelling, coastal processes, wave signal analysis and sediment transport. He is a committee member in the National Standards Authority of Ireland on Wave Energy and Building Information Modelling. He is a reviewer for Journal of Coastal Research and Journal of Marine Science and Engineering.