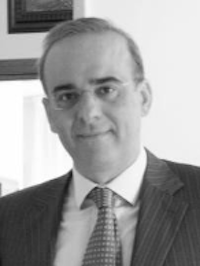 Felice Arena is Full Professor of Ocean Engineering at the ‘Mediterranea’ University of Reggio Calabria, where he is Director of the Natural Ocean Engineering Laboratory NOEL (www.noel.unirc.it). Fields of interest of his research activity include: mechanics and statistics of ocean waves; offshore engineering; wave energy converters; wind energy offshore. He is author of more than 250 papers, published in international Journals, books and in Proceedings of National and International Conferences. In Scopus he has 174 publications, with 1335 citations and H-index 21 (orcid.org/0000-0002-0517-1859). He is Member of the Scientific Committee for the STRUCTURES. SAFETY AND RELIABILITY SYMPOSIUM at the OOAE Division” by ASME International, since 2005. He was Senior Member, in PIANC, of the Working Group “Renewable Energy for Maritime Ports” (159), between 2012 and 2019. He is: in the Editorial Board of “Probabilistic Engineering Mechanics”, by Elsevier; Associate Editor of “ASME Journal of Offshore Mechanics and Arctic Engineering”. He was Visiting Professor several times at Columbia University of New York (USA), Rice University (Houston, USA), Instituto Superior Tecnico (Lisbon, Portugal), Indian institute of Technology IIT Madras (Chennai, India).
He won the “OMAE 2011 SSR Best paper Award”, by ASME (USA), OOAE, for the paper “Space-Time Extremes in Sea Storms” written with F. Fedele and M.A. Tayfun. He was Editor of Special Issues: in “Probabilistic Engineering Mechanics” (Volume 34, pages 1-124, January 2014) on Stochastic Mechanics; in the Philosophical Transactions A of the Royal Society of London (February 2015 Volume: 373 Issue: 2035) on “New Perspectives in Offshore Wind Energy”; in “Probabilistic Engineering Mechanics” (Vol. 54, Pages 1-146, October 2018). He is reviewer of the most important international journals on ocean sciences, marine engineering and renewable energies. He has been scientific supervisor (principal investigator) of many Italian and international projects (for a whole amount of more than 20 million of euros, on offshore engineering and marine energy. In particular: he was scientific supervisor of project PLENOSE, supported by Marie Curie action FP7-PEOPLE-2013-IRSES (duration 2014-2018); he was scientific coordinator of the European Project REWEC 3 – 2013-IT-92050- S, supported by the EU’s TEN-T Programme, on the wave energy exploitation in the Port of Civitavecchia; he has been leading the UNIRC unit in the Horizon 2020 project with acronym “The Blue Growth Farm”, supported within the call H2020-BG-2017-1 (activity: BG-04). Duration of the project: 2018-2021. For details see www.noel.unirc.it. He founded WAVENERGY.IT, a Spin Off of the Mediterranea University of Reggio Calabria (Italy), which is established for developing devices for wave energy exploitation (www.wavenergy.it).