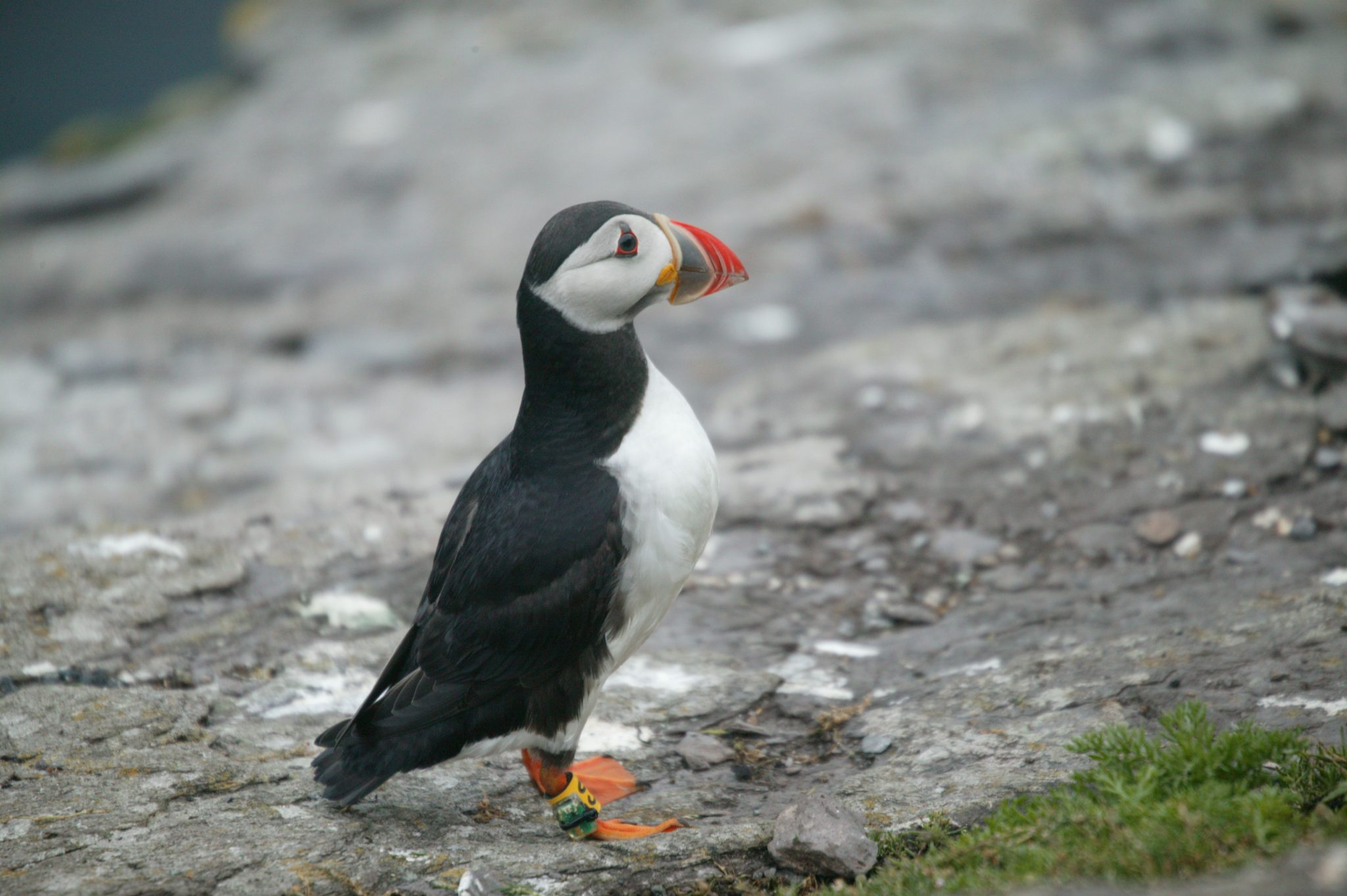 Irish-based puffins are in decline possibly because, being far more adventurous than their northern European and north American cousins, they are too tired to breed when they get here, new research has found.

Irish puffins can clock up to 4,700km on return flights across the Atlantic, the study found, travelling far further than their US-based cousins, who migrate several hundred kilometres at most.

The Irish birds are so exhausted when they return to their coastal burrows that they only lay one egg and struggle to feed one chick.

The international study, led by Oxford University and involving University College Cork scientists, tracked 270 birds from 13 puffin colonies across Canada and the US, Norway, Iceland, Greenland, Britain and Ireland.

When they return to summer on outcrops such as the Skelligs and Puffin island off Kerry, Clare’s Cliffs of Moher, Rathlin islands off Antrim and the Saltees off Wexford, their focus is on restoring their own health.

MaREI Centre for Marine and Renewable Energy scientist Dr Mark Jessopp at UCC, a co-author of the study, noted it is only within the past decade that it was discovered Irish puffins travelled such long distances at all.

He worked on a previous study which tracked Skellig Michael puffins as far as Canada and Greenland every autumn, attracted by oil-rich capelin stocks on the other side of the ocean.

Dr Jessopp said while the flight endurance of Irish puffins is impressive, the fact that long-distance migration results in poorer breeding performance may help explain the population declines here.

“There are other factors – such as rats on the Saltee islands off Wexford which has seen the puffin colony crash from 2,000 to 50 birds,” Dr Jessopp said.

And while puffins on Skellig Michael are used to a certain amount of human disturbance, the large scale intrusion caused by film crews using helicopters and drones for Star Wars on the Unesco world heritage site “would not help”, he said.

One positive factor is the absence of a commercial fishery for sand-eels in these waters, he noted. This means puffins are not competing for one of their favoured seafoods.

Puffins are listed as an endangered species in Europe, so the study highlights the importance of regular monitoring and initiatives to help protect the species, he said.