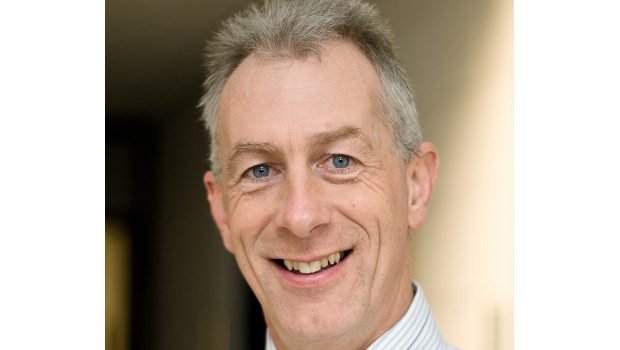 Prof John Ringwood is a principal investigator at the SFI-funded MaREI centre for marine and renewable energy research and was founding head of the Dept of Electronic Engineering at NUI Maynooth and Director of the Centre for Ocean Energy Research. In this interview he talks about the potential of wave-generated electricity and the hierarchy of renewable energy.

You have a diverse range of research interests, from biomedical to renewable energy. What attracted you to your current work?
I guess academics have the opportunity to pursue research directions that they find particularly interesting, though the spark for these journeys is usually a matter of serendipity.

In the case of ocean energy, I can give the credit to a former research student of mine, Micheal O Cathain, who dropped in to Maynooth University one day to see had I any interesting PhD projects.

After giving him a tour of possible projects, he was clearly unimpressed, and asked if he could suggest his own. Two weeks later he came back and said there was a guy (Joe Murtagh) in Celbridge who wanted a controller for a wave energy device and would I be interested in such a project. The three of us met and so began that journey, which was made possible by some funding from Enterprise Ireland.

On the biomed side, I’ve had a longstanding interest in exercise physiology, mainly in connection with my athletic pursuits – mostly kayak racing. However, while spending a sabbatical at the University of Auckland, I was introduced to Prof Simon Malpas, a physiologist in the Medical School. Unusually, for many physiologists, he has an interest in how engineering techniques could be applied to help understand the neural control of blood pressure. We quickly formed a fruitful collaboration and came up with a new explanation for the presence of low frequency oscillations in blood pressure. It’s a great area to work in, with the obvious human dimension and the fact that each of us is a walking laboratory.

In talking of renewable energy there seems to be an unspoken hierarchy of Solar>Wind>Wave. Is this a fair summary?
It’s not unreasonable, though the order of the hierarchy depends on what aspect you look at. Most renewable energy sources, with the exception of geothermal, tidal and biofuels, originates with the sun (and, since the sun has a strong role to play in photosynthesis, is an indirect input to biofuels).

Solar heating produces wind which, in turn, produces waves, observing the hierarchy you list. Interestingly, the energy becomes more concentrated as it moves from solar heating to wind to wave. This suggests that an equivalent amount of energy can be harnessed by smaller wave devices than wind devices, but this is currently not the case due to wave being a less mature technology.

An alternative view is to judge the hierarchy on proliferation. In this respect, wind is the clear winner, with roughly 560GW of global installed capacity, compared to 355GW of installed solar photovoltaics (electricity generating solar cells). Wave is not really at the races, with virtually zero commercial installed capacity. However, since renewables are generally intermittent, it’s worthwhile to have a healthy mix for operational/dispatch reasons, where the location/country permits resource-wise, and to minimise the overall visual impact.

A different hierarchical classification might be achieved by considering that visual impact. In general, most renewable generators are located in relatively remote areas, though visual/acoustic impact has created sensitivities to wind turbine installation. Solar panels, in addition to being arranged in remotely located arrays, can also be integrated into building structures, which is an important current area of research. With the increasing saturation of possible wind farm sites, we may see more focus on other technologies, such as wave.

However, the main reason for the lack of development in wave energy is the extent of the technical challenge in successfully (and economically) installing and operating devices in harsh maritime environments, which inevitably contain energetic waves.

On a related note, what kind of devices are being used to capture wave energy and how is the technology changing?
The answer to that question can be found in the title to Dana’s Eurovision-winning song of 1970: all kinds of everything.

A recent publication documented over 150 different prototypes, which are very diverse in geometry and operating principle. It’s a relatively immature technical field with little convergence to an agreed best type.

In contrast, wind energy has now matured to the stage where the vast bulk of wind turbines have a vertical pylon to which a three-bladed horizontal-axis turbine is attached. To further compound the issue, some wave devices are designed to operate on the shore line, others in shallow water and others in deep water, usually utilising different aspects of how energy manifests itself in waves.

So, still a lot of change is taking place in device design and it’s a volatile commercial scene, with pioneering companies being set up and liquidated with alarming regularity. I expect that some level of technology convergence might occur within the next decade or so.

Given the volatile nature of wave energy, what kind of challenges are you dealing with in regard to device longevity?
The issue of device longevity is one of the main technical and economic challenges. The main problem is the level of variability in wave energy in any particular location. Ireland’s Atlantic seaboard can see calm summer (and winter) days, while also offering some of the most energetic waves in the Northern Hemisphere, attracting surfers from all over the world. Waves of up to 20 metres (65 ft) not entirely uncommon.

It’s very difficult to design a device to operate under such diverse conditions. The need to make it survivable in extreme conditions attracts a significant cost, which challenges the economic viability of wave energy. Of course, the ideal sites for harnessing wave energy are often those with potentially extreme conditions.

Another related issue is the ability to maintain, deploy and recover devices in relatively remote and potentially hostile locations, which also can push up costs. If some component on a

Wave energy doesn’t just refer to offshore but also smaller bodies of water, like streams. Are there any projects here that have caught your attention?
This question prompts me to highlight the difference between sea/lake waves and standing waves, which you’ll find in a river or stream.

In the sea, the waves are caused by the persistent movement of wind over the surface, causing waves to slowly build up. Larger (and longer) waves travel faster than smaller (shorter) waves.

In rivers, waves are caused by the movement of water over an obstacle on the riverbed, so the wave actually stays stationary, hence the name ‘standing wave’. In contrast, the water doesn’t flow on the sea or lakes, but the waves move across the surface. It’s the wave movement, relative to the seabed, that gives the opportunity to harness wave energy. So, no such opportunity in rivers/streams, though the river current can be harnessed for power production.