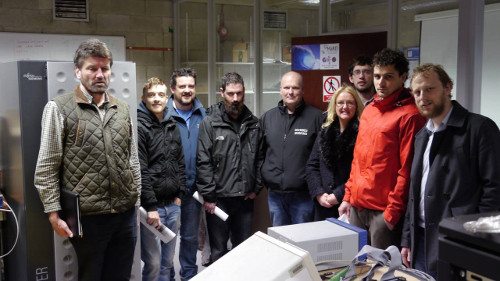 The Spanish Armada was the largest land and sea invasion force at the time, a fleet of 130 ships assembled by the King Philip II of Spain in 1588. The Armada was to overthrow the Queen Elizabeth I of England and her Dutch allies by landing on the south coast of England.

However, at the Battle of Gravelines, where the Spanish were waiting for more troops to board on the ships, the English attacked and through a combination of guile, seamanship and luck break the Armada’s formation. The Armada was saved from defeat by the favorable winds, but Medina Sidonia, the Commander of the Armada, realized they need to regroup and return at a later stage. With the English fleet blocking the Channel the Armada set sail for the long and dangerous route around the Scotland and alongside the Ireland’s west coast. The favourable winds turned and the Armada was hit by one of the worst storms in history, the ships scattered and sunk alongside the west coast of Ireland. Less then half of the Armada returned safely to their home ports across Europe.

The Armada lost far more ships and men wrecked off Ireland than in battle with English fleet. The shipwrecks will be explored with the goal to raise public awareness, understanding and enjoyment of the critical role that the international Armada Campaign (1588 – 1603) played and the impact that the event had on European history and maritime heritage. Looking forward to going to the coast of West Clare with our collaborators in the New Year.