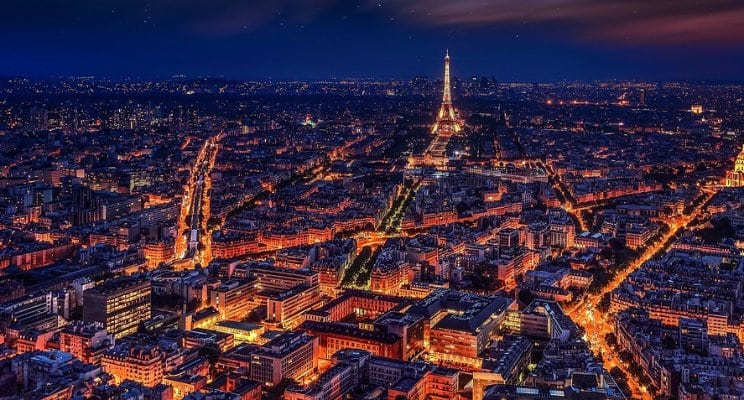 After the sweltering heat in Europe this summer, the cold snap of January 2017 seems a long time ago. However a 2 week period in January serves as an important reminder of why it is important to consider multiple elements of the energy system when planning for the future. Here I look at the interactions between the electricity and gas systems and what happens if things don’t quite go to plan….

It was a cold one. Atmospheric conditions in Europe in early January were dominated by blocking conditions bringing warm air towards north-western Europe and cold air into southern Europe. This contributed to low wind and solar generation in most of mainland Europe. Wind power generation was down by 15-20% across central Europe compared to the previous year and solar generation was insignificant. Europe was still recovering from a dry end to 2016 which continued into the first quarter of 2017. This pushed hydro reserve levels to several year lows and coupled with freezing conditions limited hydro’s generation potential. The European power system was coming under pressure…however this was only the start of the challenge.

France was struggling with ongoing safety tests at nuclear facilities while limited nuclear capacity was also an issue in Germany. The 2GW IFA electricity interconnector between France and the UK was damaged during the winter Storm Angus and was now working only at limited capacity. For large parts of Eastern Europe the second week in January was the most extreme of the winter. Russia experienced the coldest Orthodox Christmas in 120 years, and temperatures dropped to almost -30°C in Romania. People needed heat, significantly increasing the demand for electricity and gas.

Low availability of nuclear and low availability of renewables meant that conventional gas and coal fired generation filled the gap. Natural gas consumption in power generation in the EU reached the highest level in the last seven years in January 2017 (65TWh of electricity from gas). Coupled with increased gas demand for residential heating, gas storage facilities in central Europe saw big withdrawals of gas even as pipeline imports from Russia and Algeria increased. Equally coal imports from Russia and Columbia were up on previous years to meet extra demand from power generation.

Thankfully, the cold snap resided towards the end of the month and the power system got through the crisis. Major electricity supply disruptions did not occur during the cold spell although several countries imposed export bans. Bulgaria imposed a 27 day long electricity export ban. Retail electricity prices for household customers in central Europe went up by 1.8%. Some regions like Ireland, UK and Nordic Europe were relatively spared from the cold weather and wholesale prices remained at moderate levels in January. In short, it was a close call.

Our Research in UCC is looking at these issues. We are trying to understand these challenges across Europe as we transition to power systems with more weather dependant generation and fossil fuel imports from abroad. We use the PLEXOS Integrated Energy Model to understand how future gas and electricity interactions in Europe might impact market prices, security of supply and emissions. Our Existing analysis shows how supply interruptions of gas, gas storage and LNG availability can impact electricity prices. Our EU integrated gas and electricity models are freely available from Energy Exemplar who also provide PLEXOS for academic and commercial users. In the future we hope to add water interactions to these models.

If you’re interested in this area of research or would like collaborate or use our models, please feel free to get in touch.

Thanks to Conor Hickey for edits