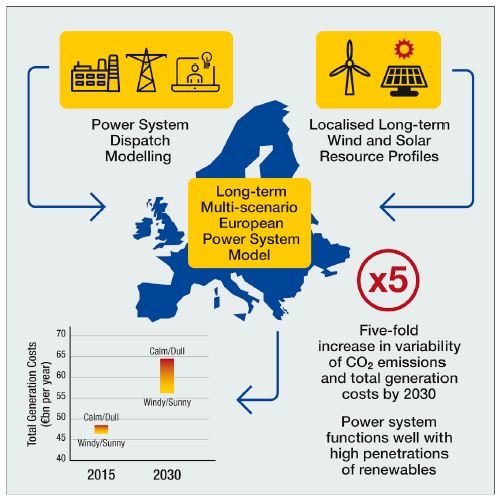 Researchers in Ireland, Switzerland, and the United Kingdom have shown how long-term weather patterns affect wind and solar renewable energy technologies across Europe. Using 30 years of meteorological data, the scientists have examined and further modelled the impact of renewable energy on the electricity sector out to the year 2030. The work suggests that despite the unpredictable nature of wind and solar energy, the European power system can comfortably generate at least 35% of its electricity using these renewables alone without major impacts on prices or system stability. The paper appears July 26 in the journal Joule.

Wind and solar energy have exploded in popularity across Europe in the last decade as green alternatives to traditional carbon-based energy, quadrupling in use between 2007 and 2016. However, these technologies are not without their drawbacks—both are susceptible to fluctuating weather patterns, raising concerns about Europe’s ability to endure long spells with low winds or overcast skies. Researchers have used decades of historic weather data to model this variability in wind and solar energy and its effect on markets, but many studies only analyze data from one given year or focus solely on one country or small region.

The researchers challenge both the temporal and spatial limitations of previous studies by analysing electricity system operation across Europe—including power transmission between countries and technical operational constraints—using wind and solar data spanning the 30-year period from 1985 to 2014. By uncovering trends from this longstanding data trove across a vast, interconnected region, the team was able to model how Europe would fare under five different renewable energy scenarios with varying sustainability ambitions 12 years into the future. It turns out that the breadth and depth of their data pool made all the difference when it came to understanding trends in CO2 emissions, system costs, and system operation—all of which are essential to the effective development of energy policy.

“When planning future power systems with higher levels of wind and solar generation, one year of weather data analysis is not sufficient,” says Seán Collins, a researcher at MaREI, the Marine and Renewable Energy Centre at the Environmental Research Institute in University College Cork. “We find that single-year studies could yield results that deviate by as much as 9% from the long-term average at a European level and even more at a country level. When there are legally binding targets on carbon emissions and the share of renewable energy, or promises to avoid sharp price hikes, this makes all the difference.”

By using multiple years to better understand the way other variables respond as wind and solar energy penetrate the market, Collins and his team found that CO2 emissions and total energy generation costs fluctuate wildly in future scenarios. These can become up to five times more uncertain as weather-dependent resources gain greater traction in the market. However, they also found that Europe could withstand this variability quite well thanks to its close integration—their models estimate Europe could use renewables for more than two-thirds of its electricity by 2030, with more than one-third coming from wind and solar.

Collins and his team believe their models and data could be used to depict a variety of possible future scenarios to help policymakers better understand the reliability and impact of renewable energy, including the impacts of a shift to 100% renewable electricity systems. By making their models and data openly available, the researchers also hope that future work will demonstrate greater awareness of these long-term weather patterns in order to accurately depict a more renewable-energy-reliant world.

“For future policy developments to be robust and to capture the meteorological dependency of decarbonised energy systems, they should be based on open modelling analyses that utilise common long-term datasets,” says Collins.

This work was supported by the Science Foundation Ireland (SFI) MaREI Centre, the European Research Council, and the EPSRC.

Congratulations to Seán Collins and his colleagues on the successful publication of their article in the journal Joule.

Joule, published monthly by Cell Press, is a new home for outstanding and insightful research, analysis, and ideas addressing the need for more sustainable energy. A sister journal to Cell, Joule spans all scales of energy research, from fundamental laboratory research into energy conversion and storage to impactful analysis at the global level. 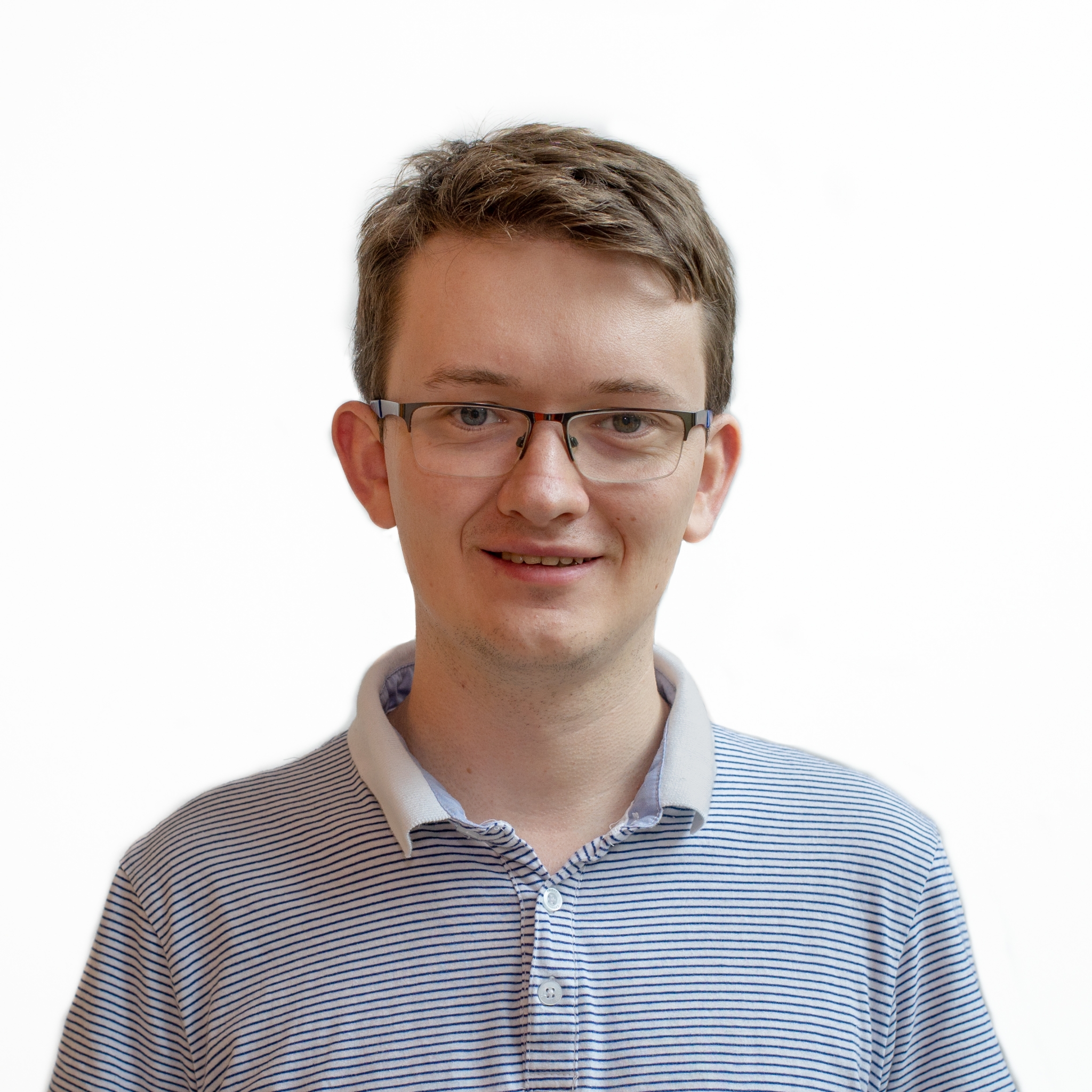