Watch our short explainer video on this new report

You can read the full report here

You can read the 2-page summary here

The perception of the role of biogas has changed over the years. Biogas was traditionally seen as a means of treatment of a range of wet organic wastes (from municipal, industrial and agricultural sources), more recently as a source of renewable energy. The end use of biogas was initially dominated with production of combined heat and power; more recently upgrading to renewable gas in the form of biomethane either injected to the gas grid or utilized as a transport fuel has increased.

The next stage of the biogas industry will be associated with a fundamental change in future renewable smart energy systems. The structure and characteristics of energy provision as well as energy consumption will evolve with the transition to a more sustainable and decarbonized economy with significantly larger proportions of variable renewable electricity in the energy mix. Consequently, producers and consumers will face significant changes in the energy market, particularly associated with times of production of energy and times of use of energy. The increasing relevance of CO2 emission reduction will alter economics and demand for different energy vectors with different levels of decarbonization at different times. The integration of energy vectors will be essential in facilitating PV during daylight hours, wind power on windy days and renewable sources of dispatchable energy such as from bioenergy.

Biogas can play an essential role (together with PV) as part of a virtual power plant in local distribution energy grids. Biogas can couple the electricity and gas grids when serving as a biological battery. Biogas systems have a role to play in the future electro-fuel market using hydrogen from electricity to react with CO2 in biogas producing biomethane and increasing the output of biomethane (typically by 70 %).

The biogas plant operation itself can be controlled extensively and with this control comes high levels of flexibility. This is a huge advantage over other renewable energy provision systems.

Biogas offers significant advantages where it can be used to displace fossil natural gas in existing infrastructure such as the food and beverage industry and in high temperature applications for material production. Biogas plants can provide a myriad of solutions to the many challenges of future agricultural and waste treatment infrastructures and to the circular economy approaches to production of transport biofuel. The flexibility and system integration described in this report will be a significant driver for biogas systems to be integrated to future energy systems as a means to facilitate intermittent renewable electricity.

You can read the full report here

You can read the 2-page summary here

MaREI Team Members That Contributed To This Report 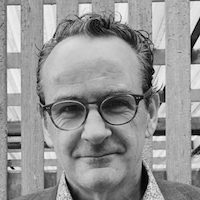 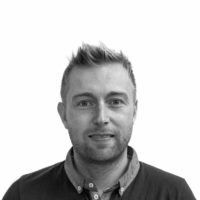