Ocean waves can be converted into electricity by wave-energy converters, but ocean waves in the form of storm surges or tsunamis can also cause a lot of damage or even kill. My daily research aims at better understanding the power of ocean waves, through analytical, numerical and experimental work, and by field observation.

I completed a PhD in Civil and Environmental Engineering at the University of Wisconsin, Madison, in 1986 and started my academic career in the US before returning to France in 1990 to work at CNRS, the French state research organisation. In 2000 I joined the École normale supérieure Paris–Saclay as professor of Applied Mathematics. I moved to University College Dublin in 2009, on leave, to work on wave-energy converters, and I now lead the wave group at UCD.

The coastal boulder deposits (CBDs) that we can see on the west coast of Ireland are an example of the variety of methods that we use in our research. CBDs are large rocks deposited on land by storm or tsunami waves. Because CBDs are very durable, they can provide long-term records of coastal inundation, but quantifying the strength and source of inundation remains controversial. In collaboration with colleagues in the US, we have analysed the numerous records of CBDs found worldwide and combined the data from these records with wave climatology research to determine the range possible for storm waves to transport CBDs. In comparing present results to findings using older methodologies, we found that the older methods may have underestimated the potential for storm waves to create CBDs, and some previously identified ‘tsunami’ CBDs may actually have been transported and deposited by storm waves.

In terms of numerical work, my group is involved in efforts to solve the so-called Navier-Stokes equations of fluid mechanics. These equations are notoriously difficult to solve, especially in regard to the fluid mechanics of a free surface, such as the surface of the ocean. This is why we rely heavily on the computing resources of ICHEC, the Irish Centre for High-End Computing.

My current project HIGHWAVE (2019–24) is devoted to research on wave breaking. Why do waves break? How do they dissipate energy and why is this important? Wave breaking is not just a fascinating scientific topic, it is also an interdisciplinary topic of considerable relevance in terms of transfers between the atmosphere and oceans, and one of substantial economic importance. Several national agencies have to deal with the impact of waves in various aspects of their work: the Sustainable Energy Authority of Ireland, Met Éireann, the Marine Institute, the Office of Public Works, the Geological Survey of Ireland, the Commissioners of Irish Lights and the Irish Naval Service. It is wonderful to be able to collaborate with all these agencies.

A large part of our research on the HIGHWAVE project involves fieldwork and relies fundamentally on the support of the communities on the Aran Islands and in Connemara for its success. Before the official start of the project, the residents of Inis Mór, Inis Meáin, and Inis Oír had a chance to see the plans and voice their opinions at public meetings, one on each of the three islands. Following these meetings, the project’s measurement campaign started on Inis Meáin, where the community was very receptive. We are already thinking about the future, once the HIGHWAVE project is completed: to build an international research station on Inis Meáin!

In 2012 I received an advanced grant from the European Research Council (ERC) to work together with John Dudley on extreme wave events, and in 2014 I received an ERC proof-of-concept grant to work on extreme wave measurement. I received a second advanced grant from the ERC in 2019, to work on wave breaking. As well as being a member of the Royal Irish Academy, I have been a member of the Academy of Europe since 2017 and a member of the Norwegian Academy of Letters and Science since 2019. I was awarded the Emilia Valori prize for applications of science by the French Academy of Sciences in 2014. I am co-chief editor of the European Journal of Mechanics–B/Fluids. From 2008 to 2016 I was secretary-general of the International Union of Theoretical and Applied Mechanics. 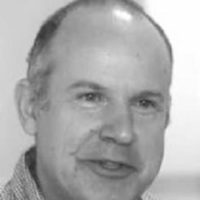