When ECHOES team member Fiona Cawkwell got in contact with me about the ECHOES project it was an opportunity I could not pass up. Not only would I be working on a project that involves my passion for birds and bird conservation, but I would also be working on an important project in my own native county of Wexford.

I joined the ECHOES project in the last week of October, and I didn’t have to wait long to be in the thick of the action out in the field. My first port of call was to assist in the catching and tagging of Curlew at Ballyteige Burrow, a nature reserve on the south coast of Wexford.

A team from the BTO, including ECHOES team members Rachel Taylor and Callum McGregor, arrived in Wexford from Wales in the first week of November with the aim of catching and tagging ten of these birds.

By using satellite tags on the birds, we can minimise disturbance while keeping a close eye on what habitats the birds prefer and better understand their food supply within habitats like mudflats, saltmarsh, and pastures.

Bird tracking also helps us to understand how selective and mobile birds are, especially where they are using patchy habitats and where outside pressures like disturbance and tidal cycles affect their behaviour.

There is no shortage of Curlew at Ballyteige in the winter, with hundreds spending their time between the estuary and the surrounding fields. While there are plenty of Curlew about, they aren’t the easiest species to catch as they are very wary of both humans and their surroundings in general. This meant that a lot of re conning of the area and patience was needed to find where the best sites were for successful Curlew catching.

5am starts became the norm in the quest for catching Curlew and cycling 25km from home at half five in the morning on the quiet country roads of Wexford is an experience I won’t forget anytime soon! After some unsuccessful days, the weather conditions improved, and we managed to catch nine males in one morning and one female the next morning. The team from the BTO expertly weighed, measured, and placed rings on the legs of each bird with special codes to identify each individual. They then placed lightweight satellite tags on the birds backs which don’t interfere or harm them.

After releasing the tagged birds, the next step was to erect three base stations in suitable locations. These stations communicate with the satellite tags when the tagged birds are within a kilometre radius and collects tracking data of all the movements the bird has made. It is my job to visit these base stations and collect the data off each of them twice a week before sending it on to be processed by Katharine Bowgen, a research analyst from the BTO and member of the ECHOES team. 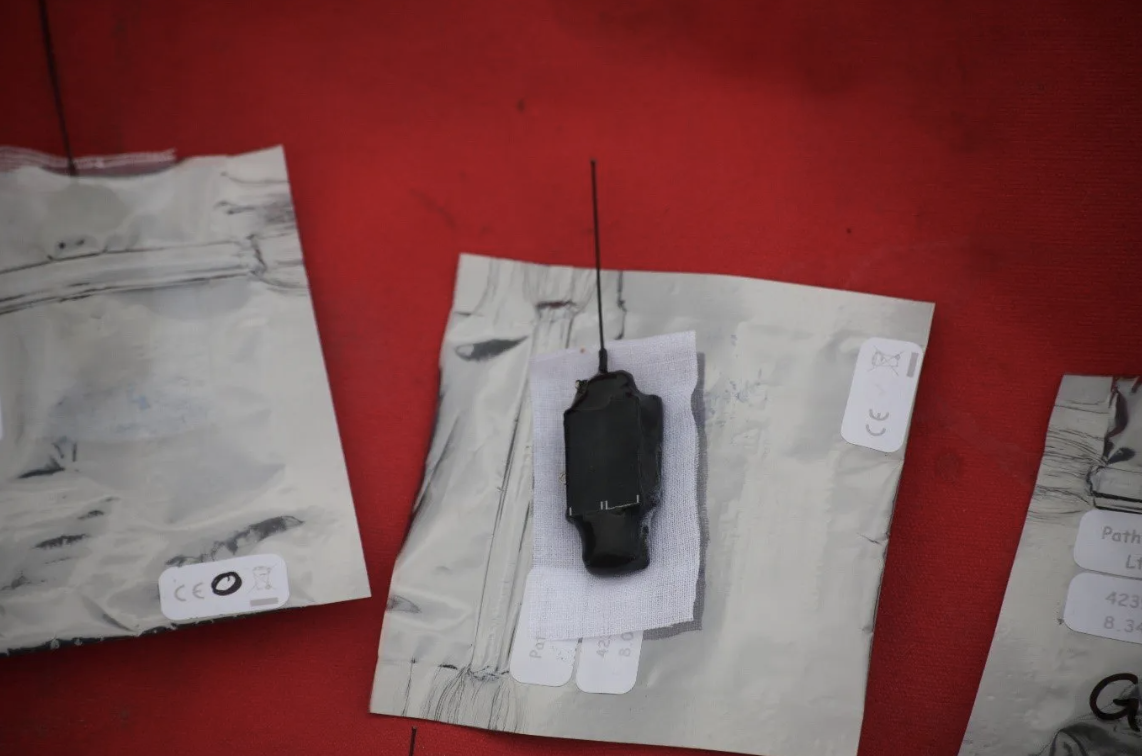 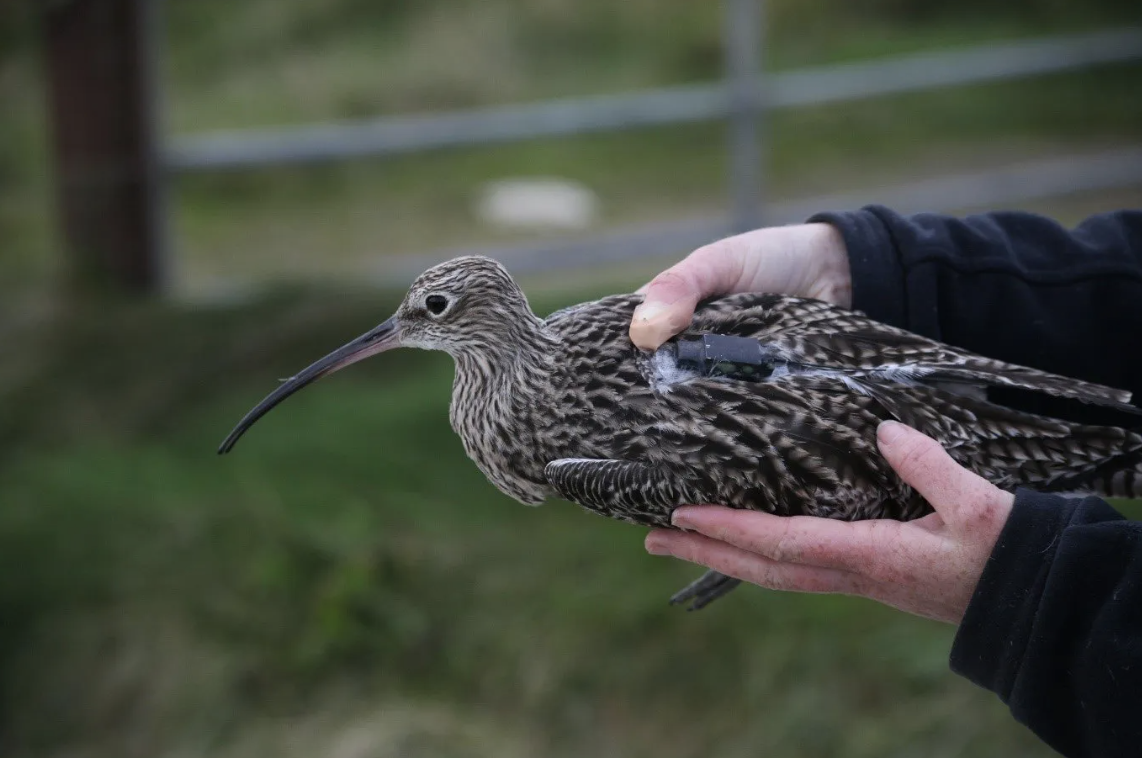 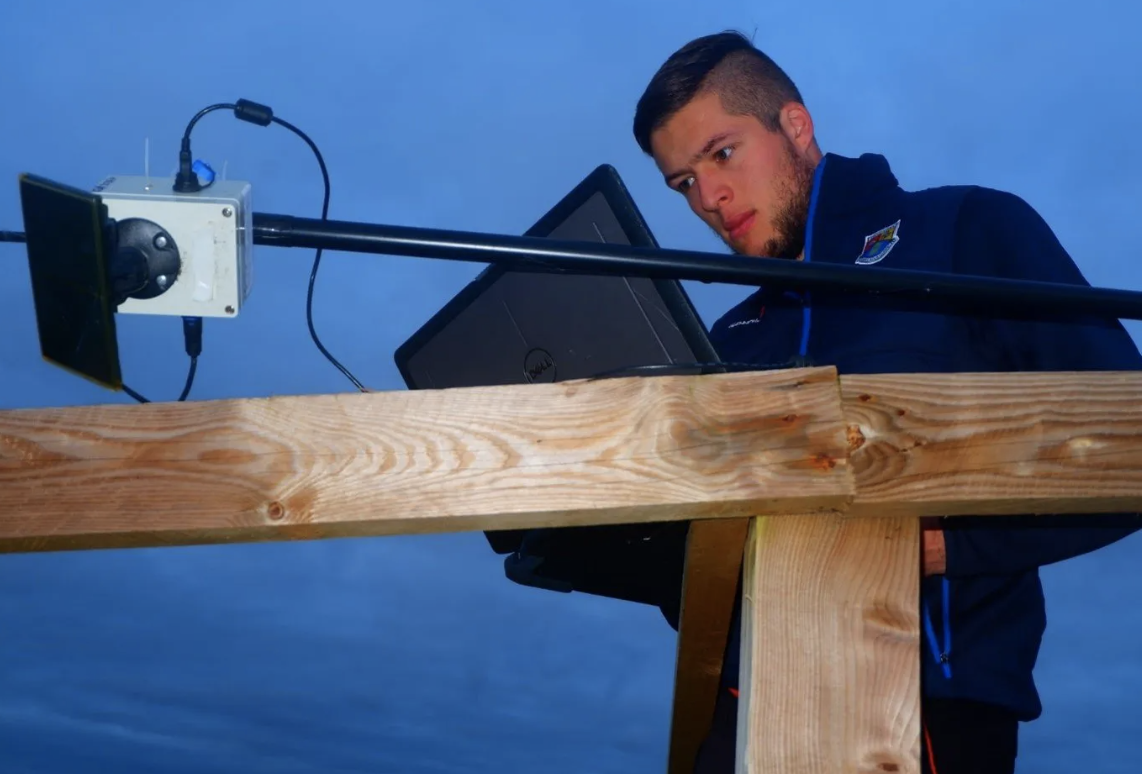 The results so far have shown that the Curlew generally stay near to the estuary and surrounding fields both during the day and night. However, more recent downloads have shown that some of the birds have started to move further inland, particularly visiting specific fields around the village of Rathangan.

I will continue to collect data from each base station for the duration of the winter. Ballyteige Burrow is a wonderful area to be working in, with a fascinating landscape mosaic of sand dune systems, mudflats and salt marshes and a bonus that it is considered to receive the most sunshine in the whole of Ireland.

There’s always something to see whenever I visit to collect data, including my first ever Merlin, Short eared Owl and Goosander! The hope is that we’ll continue to get fascinating data of the daily movements of the Curlew which will be very useful for site managers and scientists in understanding the species favoured habitats and inform them on how best to manage these habitats to ensure a healthy and viable population. 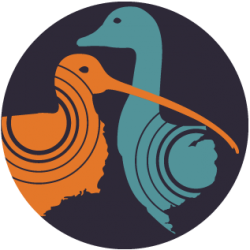