This brief explores choices regarding Ireland’s first two carbon budgets that will be established under the proposed Climate Action and Low Carbon Development (Amendment) Bill 2021. According to the Bill, the carbon budgets will be proposed by the Advisory Council, finalised by the Minister and approved by the Government. The note builds on a previous MaREI discussion paper on the role of carbon budgets in translating the Paris Agreement into national climate-policy. The brief takes account of a number of issues raised in the revised Climate Bill related to carbon budgets, namely: See link below. 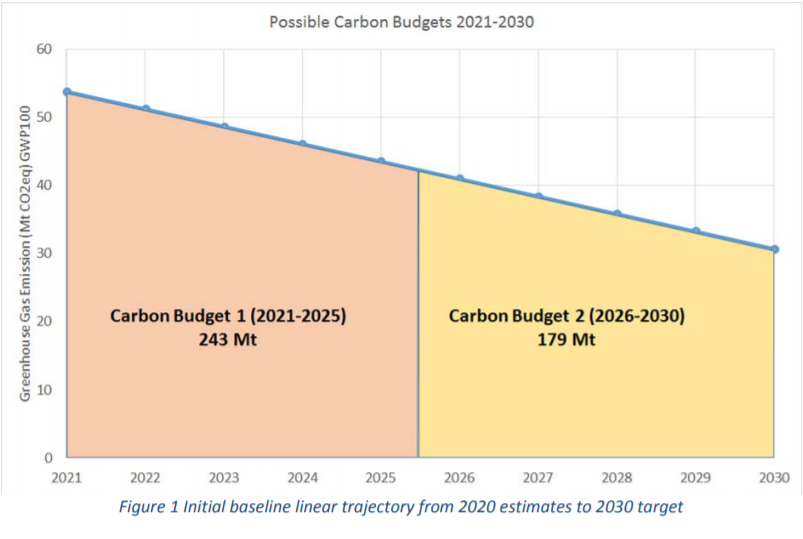 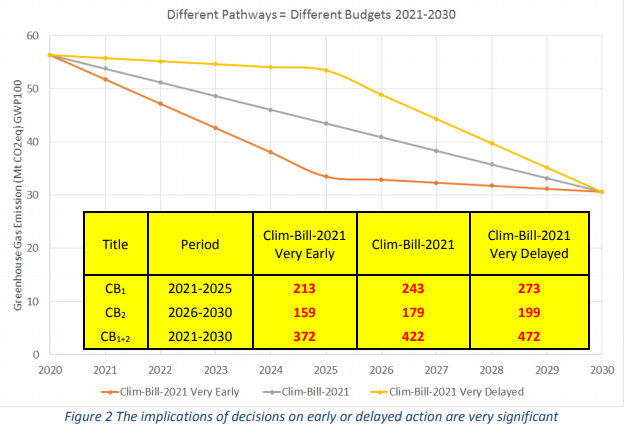 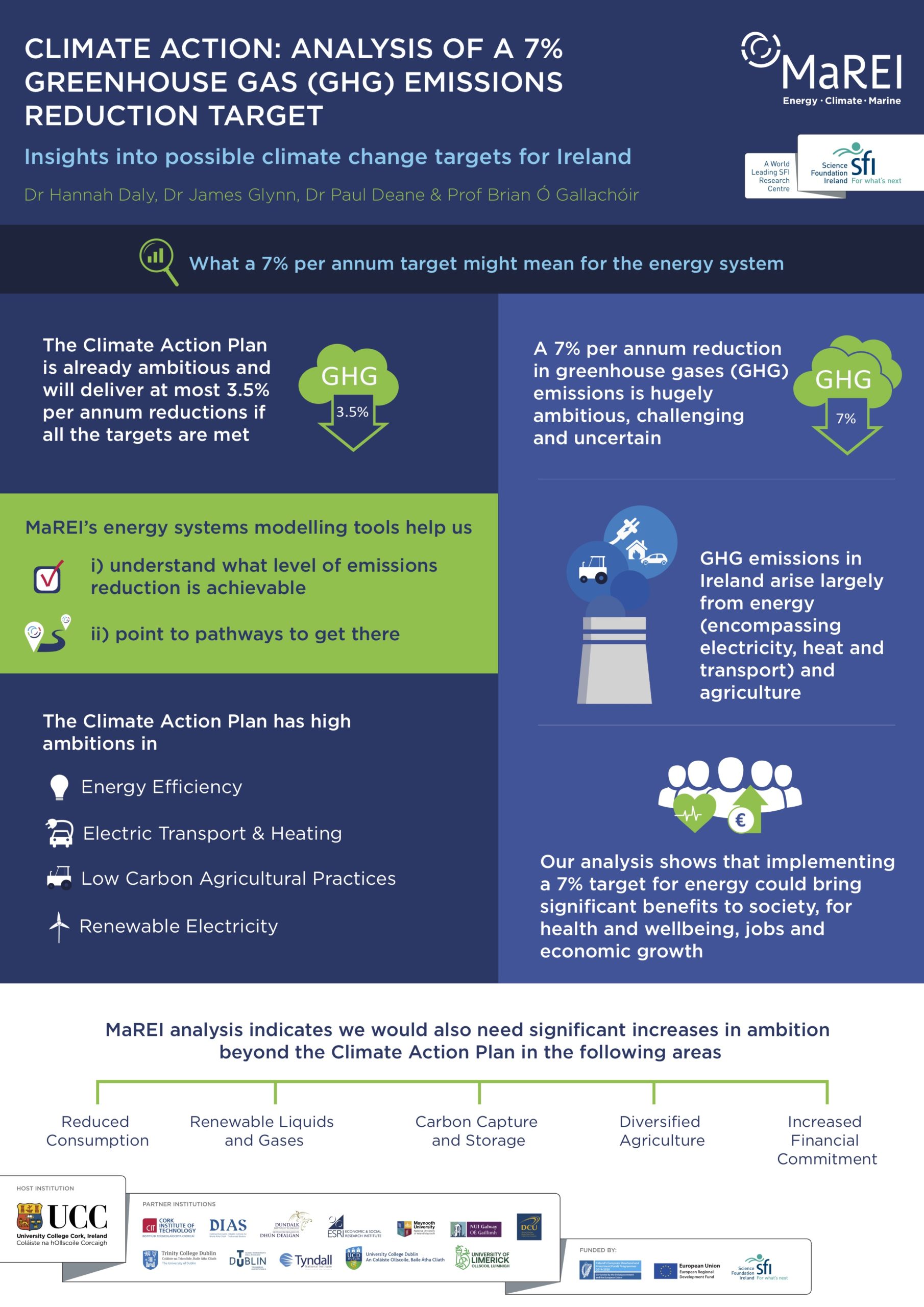 The Green Party has announced that a red line for entering into government is a commitment to reducing greenhouse gas emissions by at least 7 per cent each year to 2030. While climate science underpins this call for rapid and immediate decarbonisation, research areas such as energy systems analysis help us to understand what pathways might make this formidable challenge achievable.

Our analysis shows emissions from the energy system can be reduced at this level, and that this could bring significant benefits to society, for health and wellbeing, jobs and economic growth at this critical time.

However, meeting the target would require far-reaching and transformative changes in energy technologies, infrastructure and behaviour. Crucially, there are also key unanswered questions on the level of emissions reductions that can be met from agriculture.

These emissions reductions would be met, according to the climate plan, with targets for energy efficiency (including retrofitting half a million homes), electric vehicles (nearly one million EVs), electric heating (more than 600,000 heat pumps), and renewable electricity (70 per cent of electricity from renewable sources) by 2030. 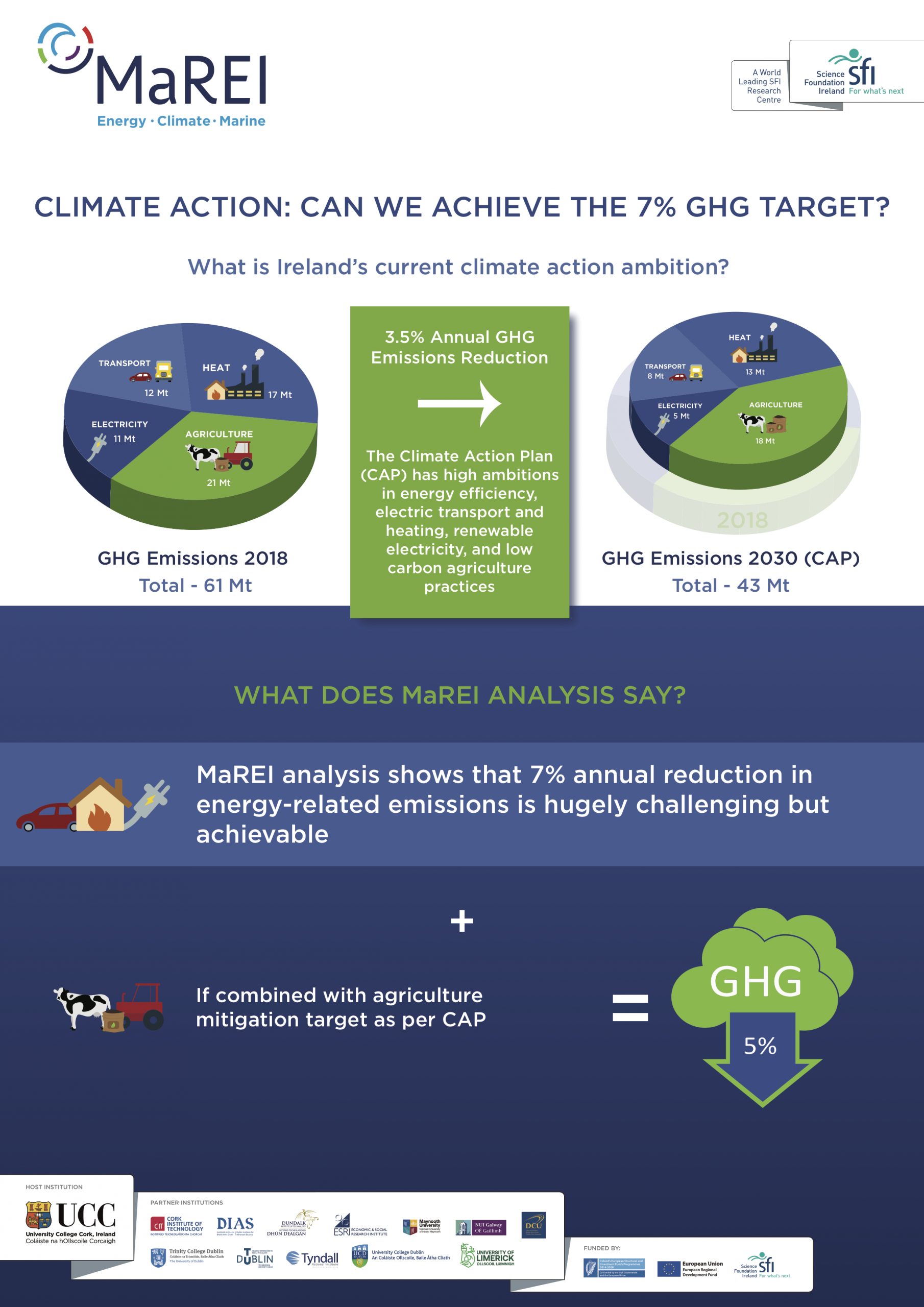 The Green Party strategy is to more than double these emissions reductions. It is not clear, however, whether the additional measures they have set forth are sufficient to meet the overall target.

Focusing on actions needed in the energy system, which represents about two-thirds of today’s greenhouse gases, a 7 per cent annual fall in emissions would mean a more than halving in a decade, from close to 40 million tonnes now to less than 18 million tonnes in 2030, a drop of 22 million tonnes.

The Government’s Climate Action Plan announced last year aims to deliver reductions of 14 million tonnes from energy by 2030. Where might these additional savings come from over and above the actions in that plan?

Our analysis suggests electricity generation, currently responsible for about one quarter of energy-related emissions, would need to decarbonise the fastest. Ireland has a strong foundation for this to take place, comprising successful policy development since the mid-1990s, world-leading expertise in electricity grid integration of variable renewable resources and a clear collective public-private focus on meeting the targets set.

Transport, which is currently almost totally fuelled by imported oil and responsible for about 40 per cent of energy-related emissions, can be the next most significant source of emissions savings. This level of ambition also is broadly in line with the ambition in the action plan. Achieving this ambition requires technological and demand measures across passenger and freight transport – not only electric cars but biofuel and biogas use in road freight and shipping. It would also require a shift in travel patterns.

The Green Party’s desire to massively increase funding for walking, cycling and public transport, and to take urban development seriously, is necessary to meaningfully tackle transport emissions. The scale of the challenge here should not be underestimated: the dramatic fall in traffic we have seen as a result of the Covid-19 pandemic will likely only lead to a reduction in energy-related emission of 5 per cent in 2020.

The key finding from our analysis indicates we can seek increased ambition relative to the action plan in two areas: decarbonising heating and reducing energy demand. This would require us to stop burning coal and peat in our homes, to undertake an unprecedented energy efficiency retrofitting programme, and to almost eliminate oil from our heating systems, using instead efficient heat pumps running on electricity as well as sustainable biomass. In industry, a switch from oil to renewables and natural gas could also bring significant savings.

However, key questions surround what can be achieved from agriculture, which accounts for the remaining 20 million tonnes of emissions. Unless emissions from agriculture are reduced much faster than what is envisaged in the plan, energy-related emissions will have to be reduced by more than 80 per cent (or 14 per cent per annum) by 2030 to achieve the overall 7 per cent reduction target.

Increasing ambition beyond the plan also requires further deliberations on some of the less-discussed decarbonisation options. There is a level of political consensus regarding the need for energy efficiency, electrification of heat and transport and increased use of renewable electricity.

Using renewable fuels directly for heating and transport comes through in our analysis and here there is less consensus. The biofuels obligation is arguably our most effective policy measure in our attempts to meet our mandatory emissions reduction targets but rarely acknowledged for the role it plays.

Renewable gas has great potential in reducing agricultural emissions and also displacing oil and natural gas for heating and transport and struggles to have its role recognised. Looking beyond 2030 on a path to the longer-term goal of fully decarbonising the energy system, new technologies and fuel chains such as carbon capture and storage and hydrogen will need to be considered.

While decarbonisation is not free, it can be done in a way to improve society and achieve multiple other aims, including health, biodiversity and creating liveable towns and cities. For example, deep home energy efficiency retrofits will create jobs, and by preventing the need to burn solid fuel, which is responsible for very significant air pollution in Ireland, save more than 1,500 premature deaths each year.

Decarbonisation measures can also play a central role in the economic stimulus needed in the months and years to come. A plan to decarbonise will also need to be flexible: changes will occur in the future, technology costs will change more than expected, sudden events will occur, economic fortunes will change. It’s vital that implementation and progress of decarbonisation is properly monitored and adapted.

Even though these payoffs are promising, targets mean nothing unless they are backed by policies. Not all the targets in the action plan have clear policy measures associated with them to ensure delivery. It is already formidably challenging, and according to modelling from the Environmental Protection Agency, will not be delivered with existing policies. Ireland is on track to increasing emissions by about 0.4 per cent annually.

It is a matter of urgency to put legislation in place to commit to legally-binding carbon budgets to give a strong signal to the economy and to hold stakeholders accountable.

In 2015, Ireland committed to the Paris Agreement, to limit global warming to 2 degrees above pre-industrial temperatures. Climate science tells us that what matters for global warming is not what we emit in the distant future, but the cumulative amount: every tonne matters.

The more we emit now, the more expensive technologies we will have to rely on in the future to remove those emissions. Whatever ambition is ultimately chosen as government formation progresses, it cannot be delivered without the necessary investment supports, infrastructure development, societal partnership and political leadership.

“Analysis by MaREI researchers at UCC: Dr Hannah Daly lectures in energy systems modelling; Dr James Glynn is a MaREI research fellow at the Environmental Research Institute and Prof Brian Ó Gallachóir is UCC chair of Energy Engineering in and Director of the SFI MaREI Centre for Energy, Climate and Marine. “

Analysis by MaREI researchers at UCC: Dr Hannah Daly lectures in energy systems modelling; Dr James Glynn is a MaREI research fellow at the Environmental Research Institute and Prof Brian Ó Gallachóir is UCC chair of Energy Engineering in and Director of the SFI MaREI Centre for Energy, Climate and Marine.

Eolas Magazine – Green stimulus: Aligning economic recovery and climate action, June 2020 – Brian Ó Gallachóir explores the opportunity for Ireland to pursue a green stimulus post-pandemic that is both significant and achievable despite the window of opportunity being small.

Irish Times – Economic recovery and climate action must be aligned ,May 2020 – Brian Ó Gallachóir explores the importance of seizing the opportunity for Ireland to enact a green stimulus post-pandemic that is both significant and achievable despite the window of opportunity being small.

The Energy Policy and Modelling Group at MaREI have developed a suite of energy modelling tools together with an internationally recognized expertise in their development and usage. The CAPACITY project will further develop and update these tools to facilitate insights and robust decision making about the appropriate long-term decarbonisation pathway for Ireland. The CAPACITY project will also work closely with policy-makers in Ireland to enhance the absorptive capacity of the governance system to utilise the insights from these energy modelling tools.